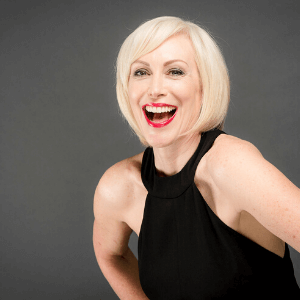 Suzie Lightfoot was once a champion ­athlete who flung herself off 10-metre ­diving platforms without fear. She was a model, too, walking for Vivienne Westwood. For a while she was a television presenter. But she’s probably best known as the other half of the Daniel-and-Suzie-Lightfoot show.8

Almost as if it were one word, Daniel-and-Suzie-Lightfoot were the Kim and Kanye of ’90s Brisbane. They were everywhere, at every ­opening, in every magazine and newspaper. He was Queensland’s designer du jour, dressing everyone from Liza Minnelli to Dame Quentin Bryce. They were Brisbane’s golden couple.

But then, as life is inclined to do, her good luck turned and bit her on the bottom. Divorce, ­depression, and burnout.

“My life was pitch perfect up until, well … ” Lightfoot’s words momentarily fail her.

Did the cracks first appear after an accident, at age 20, which dislocated both knees and ruptured anterior cruciate ligaments and led to the diver, then ranked fifth in Australia, unable to qualify for the 1986 Edinburgh Commonwealth Games? Did they happen after her high-profile divorce, leaving her as a single parent with one-year-old daughter Paris (now 21)? Or was it when Lightfoot hit 50, her daughter grown, when she suddenly felt insecure and invisible?

“My life was pitch perfect up until, well … ” Lightfoot’s words momentarily fail her.

Did the cracks first appear after an accident, at age 20, which dislocated both knees and ruptured anterior cruciate ligaments and led to the diver, then ranked fifth in Australia, unable to qualify for the 1986 Edinburgh Commonwealth Games? Did they happen after her high-profile divorce, leaving her as a single parent with one-year-old daughter Paris (now 21)? Or was it when Lightfoot hit 50, her daughter grown, when she suddenly felt insecure and invisible?

“I was trying to be someone I wasn’t,” she says. “I couldn’t connect with people, I felt so vulnerable. It took me a long time to figure out what lights me up in the morning, to find my mojo again, to unlock the confidence of that girl who so courageously flung herself off that 10m tower.”

Welcome to the all-new Suzie Lightfoot. Aged 52, and proud of it. Reinvented as a personal branding expert, mentoring professional women who feel they too have lost their spark. Welcome to the woman who sends out a press release titled: I AM WOMAN HEAR ME ROAR.

Susan Elizabeth Bendeich was born in ­Brisbane in 1966, the last child of six. Her mother, Diana (now 88), was an English ­doctor who met Queenslander Geoffrey Bendeich (who died in 2006) while they were both working at a hospital in London. They married and sailed to Australia when Diana was pregnant with twins (Richard and Julie, now 59).

“There are absolutely no baby photos of me because Mum stopped taking them. She was over it,” laughs Lightfoot. “There’s not one photo of me, I swear, till I was about five.” Lightfoot was a tomboy: “Being the youngest of six, coming after the boys, I didn’t know anything about hair and makeup. I was a shocker.”

The family lived in Ascot, in Brisbane’s inner north, with their mother giving up her medical practice to concentrate on bringing up her large family. Dr Geoffrey Bendeich became one of ­Australia’s leading orthopaedic surgeons, playing a significant role in the evolution of hand surgery and sports medicine. Lightfoot’s mother insisted her children went to Eagle Junction State School in an adjoining suburb, rather than Ascot State School, which was closer. “She drove us all the way to Eagle Junction because she said Ascot was too snobby.” The choice of school was to prove fateful – Daniel Lightfoot also attended, and ­regularly visited the Bendeich house to play with Suzie’s brothers (Graham, now 58, Tim, 57 and Mark, 54). Daniel Lightfoot has spoken of his childhood crush on young Suzie.

After completing her secondary education at Brisbane Girls Grammar School, Suzie embarked on her champion athletics ­career as a gymnast, representing her school at state level. By age 16, she was almost her full 5’9” (175cm) height. “I was just getting too tall,” Lightfoot says. “I’ve got big feet and the beams only, like, four inches [10cm] wide.”

It was her mother who suggested she start diving. By the time Lightfoot had finished school, she had won a place for platform and springboard diving at the prestigious Aust­ralian Institute of Sport. She could stay in ­Brisbane, too, rather than having to relocate to ­Canberra, as new venues had been constructed ahead of the upcoming Brisbane Commonwealth Games, opening in 1982. 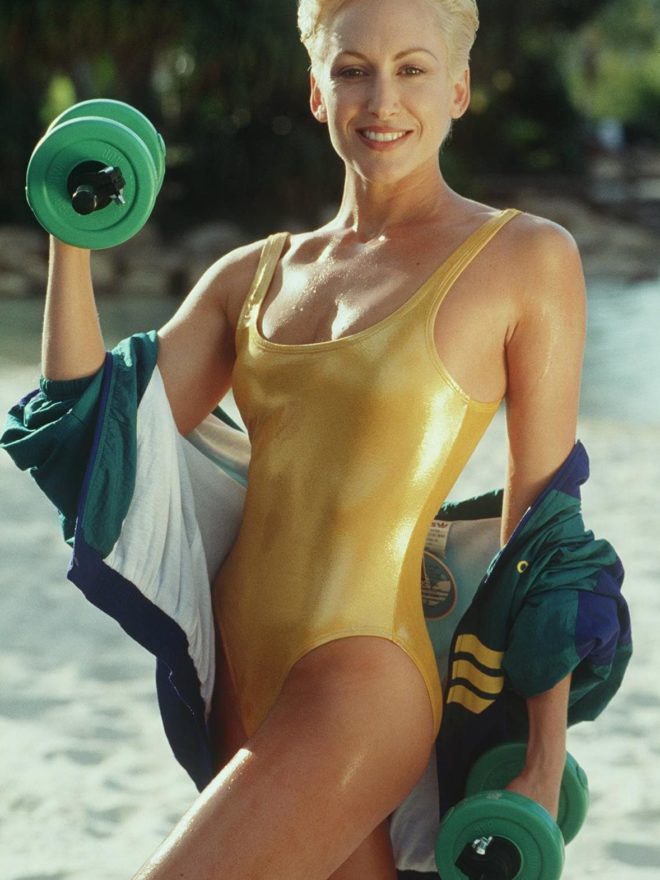 “Mum was the one who instilled the ­importance of being a great sportsperson – and that meant I was taught it wasn’t really all about winning,” says Lightfoot. “I was ranked fifth in Australia for diving, but I never made it to ­number one – I just didn’t have the killer instinct, and it wasn’t all about winning.”

A diving accident, at 20, dislocated both knees. She had surgery and, unbelievably, went straight back to the AIS. “But there was a lot of pressure to keep up, and the fact that my knees weren’t stable … it was too much.” She quit soon after.

She has no regrets because she believes she learnt useful things. “A lot of the skills I now use in business and can pass on to clients – focus, ­determination, taking on a challenge, taking a risk, believing in yourself – are critical because if you don’t believe that you can take that dive off that tower … guess what? You ain’t gonna land well.”

Like in a fairy tale, Lightfoot was soon spotted by a talent scout from a modelling agency. Her trajectory towards becoming one half of Brisbane’s ­golden couple was about to begin.

Suzie Lightfoot remembers Daniel coming to her 19th birthday party: “He was around while I was at the AIS and he used to dress me up. He slapped some heels on me and designed a couple of frocks and hired a makeup artist and used to drag me out to the races and take me on these amazing dates.”

They married when she was 23 and for the next several years life was filled by modelling, parties, and a decision at 28 to return to diving, following a successful knee repair. “I was older, more focused, mature and determined. I was on a mission to win a medal at the World Masters Games [held in Brisbane in 1994]”. Lightfoot won two golds and a silver.

But it was when her athletic career ended that she began to think about what came next. “I had no idea what I wanted or who I was,” she says of that time as a 31-year-old new divorcee with a one-year-old. “When the divorce happened, I ended up being ‘Suzie Who?’ ”

Lightfoot says that, like a lot of successful women, she felt like she was performing: “I was on TV, I was modelling, MCing, I had a three-year contract with Coles Myer as brand ambassador, I was doing everything and turning up, trying to be this dynamic person that people were ­paying for, but on the inside I was crumbling.”

Looking back, it was clear she was suffering depression. Following her much-loved father’s death, a brief and disastrous second marriage to a Danish businessman did not help. It wasn’t until she sought the help of a psychotherapist that Lightfoot felt she had agency.

“I got diagnosed properly. It was the best thing that ever happened, when someone actually said to me, ‘You don’t have to feel like this. You have something that is real, and if you do these steps, you’ll feel better’. Being an athlete helped, ­because if someone says to me, ‘Suzie, if you want to do that reverse two-and-a-half-dive, these are the steps you have to take to dive off that tower’. Following a process really worked for me.”

But why keep an ex-husband’s name if you are so keen to reinvent yourself? “We’re talking 20-odd years ago, when being a single parent wasn’t quite as common back then,” she says. “I wanted to keep the Lightfoot name because I didn’t want Paris to have the stigma of someone saying, ‘Why has your mum got a different name to you?’ ”

Now Paris Lightfoot (so named because that was where Daniel proposed) has finished her law degree and is working for Minter Ellison on the Gold Coast. It was when Paris went to live on the Coast to study at Bond University (after attending South Brisbane’s Somerville House) that Lightfoot reappraised her life.

“Like a lot of women who spend their lives working and bringing up children, once they leave it’s great, it’s like, ‘Oh, I’ve got my life back!’ And then it’s, ‘Shit, what am I going to do now?’ ”

Lightfoot says her biggest “aha! moment” was when she turned 50. “I finally got the courage to quit my ‘real’ job and back myself in my new ­business – helping other professional women understand their worth in the world.”

She has since established a personal branding service. “My passion for helping women is about enhancing their journey and their story, so it’s not just about their experiences, their expertise, their successes and triumphs, but also about their ­challenges, adversities and failures.

“Sometimes people’s CVs read like an obituary – people want to know where you’re headed, not just where you’ve been.”

Lightfoot says she’s never been more certain of who she is. She and her ex-husband are friends again and she shares a home at Hawthorne, in Brisbane’s east, with Craig Green, 60, a partner at Gadens Lawyers (they have no plans to marry, since they’ve had five marriages between them).

Her 10-year plan is to spread her business ­globally. “I’ve learnt that if you can connect emotionally with people, inspire them, and give to them freely, then you’ll have the edge. I just want to help women to speak the truth, really.” 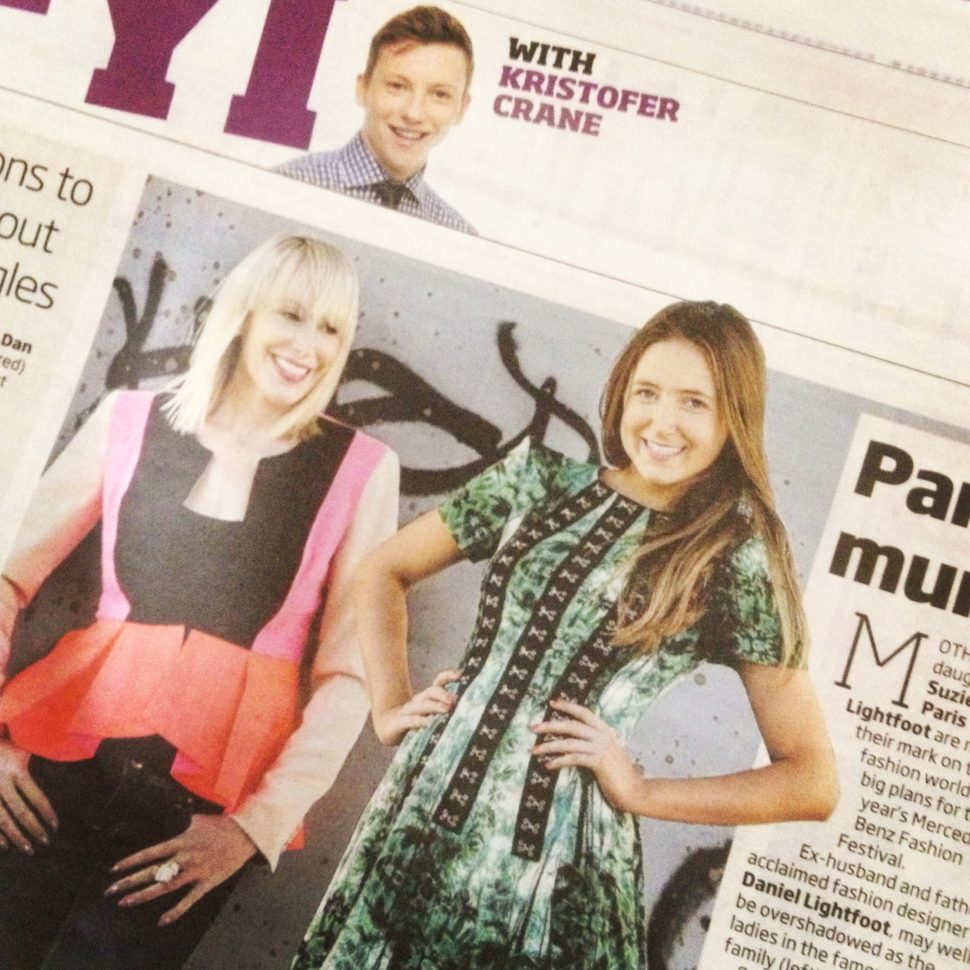 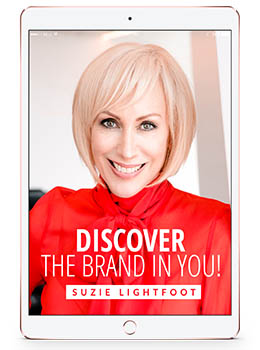 DISCOVER THE BRAND IN YOU!

And learn what it means for YOU. 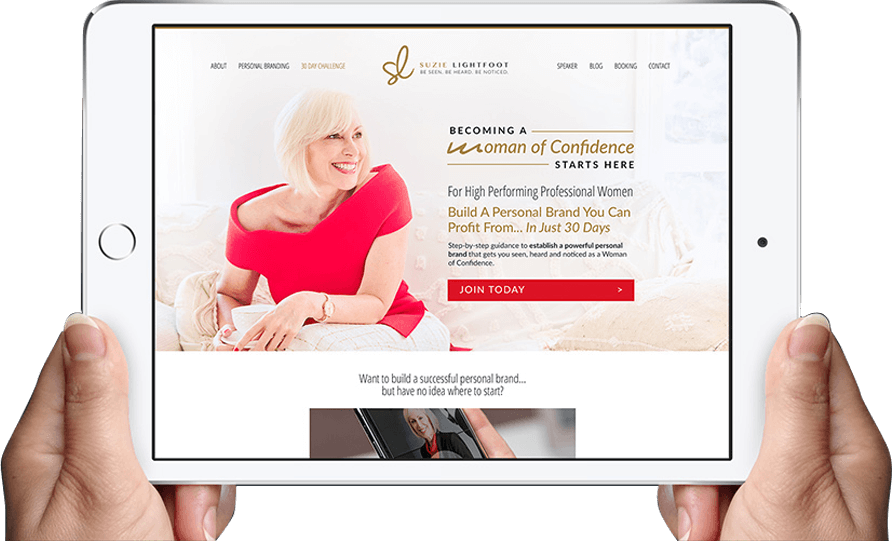